wind turbines built near his home in Denmark, Wisconsin

During my reporting on the problem of wind-turbine noise, I have interviewed a number of homeowners who have abandoned their homes due to the noise. One of those people: Wisconsin resident Dave Enz. After talking with him on the phone, he sent me the following statement. I edited only for punctuation. I have added some follow up questions at the bottom of his statement. — Robert Bryce

END_OF_DOCUMENT_TOKEN_TO_BE_REPLACED

New interactive map shows location of 47,000 wind turbines in the U.S. (creating less than 3% of the energy)

Ever wonder where all the wind turbines are sited in the US?

Click here to see interactive map.  You can zoom in on a particular farm to see when it was built, its capacity, height of the turbines, etc. 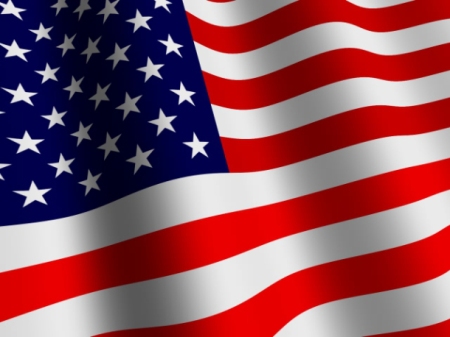 … now planning a $1-billion underwater transmission line to take electricity from Ontario to the U.S. northeast…

… There is often surplus power in Ontario because of over-capacity

As seen in Two Row Times

On November 20, the sixth GE 1.6 megawatt wind-turbine blade in 17 months broke off. Three “incidents” have taken place in Illinois (most recently on November 20), two in Michigan (November 12), and one in New York (November 17). The blades weigh about 20,000 pounds and are about 160 feet long.

moved to Martha’s Vineyard because of the turbines

‘half million birds killed each year in U.S. by wind turbines’

The U.S. Fish & Wildlife Service (USFWS) estimates that almost a half million birds are killed each year in the U.S. by wind turbines. “Birds can die in collisions with the turbine blades, towers, power lines, or related structures, and can also be impacted through habitat destruction from the siting of turbines, power lines, and access roads,” the non-profit American Bird Conservancy reports. “Some birds, such as sage-grouse, are particularly sensitive to the presence of turbines, and can be scared away from their breeding grounds several miles away from a wind development.”

… live just a quarter mile from one of the turbines. They say the impact on their health has been devastating. They’re suffering headaches, dizziness and sleep deprivation and often seek to escape the property where they’ve lived for more than 20 years. QLS

Three families within Shirley project in Wisconsin have abandoned their homes

Three families living within the Shirley project in Wisconsin have abandoned their homes and gave evidence to that effect (along with 50 other affidavits)  in front of the Wisconsin PSC.  While the industry of course will try to discredit their experiences with all the usual innuendos the stories have the ring of truth and the PSC, to their credit, recognized this.  The complaints included the following details:

After making every attempt to survive in all too close proximity to the WEBB/NOTUS/TELEDYNE wind power facility our conclusion is clear.

Area the size of 4 mega-quarries consumed for turbines

Soupstock at Woodbine Park in Toronto…  a sequel to last year’s protest, Foodstock

An estimated 40,000 people were served bowls of soup in Toronto during a mega-quarry protest, Sunday. TEB

the project would directly affect an estimated 2,300 acres of farmland Torontoist

With an average 45 m radius, an area of 6362 square metres or 1.6 acres of vegetation is cleared around each turbine. With 6,500 utility-scale turbines proposed for Ontario, this can be extrapolated to 10,218 acres cleared of vegetation:

At the Criterion Wind Project in Maryland,  Post-Construction mortality monitoring studies were conducted.

“The monitoring study period was from April 5 to November 15, 2011. Search plots were established around all 28 turbines in the project and the carcass search schedule was for daily searches at all turbines (weather and safety permitting). Search plot size varied in shape and size, due to habitat constraints, but in most cases areas up to approximately 40-50 m (~130-165 ft) from the turbines were cleared of vegetation for access and construction purposes and this area was used as the search plot.

This quote was received by email so there’s no web source referenced.