The project was to be jointly owned by the Chippewas of Georgina Island First Nation and the Pukwis Energy Co-op.

“It’s been put on long-term hold,” he said, but declined to give details.

The proponents signed a 20-year FiT contract with the Ontario Power Authority in 2010.

It included a 1.5 cents/kWh bonus payment for aboriginal-owned projects, an 11% premium over the standard 13.5 cents/kWhr rate.

Billboard – Wind Turbines: We All Lose

END_OF_DOCUMENT_TOKEN_TO_BE_REPLACED

To find the group(s) in your municipality, click below:

… put their 48-acre horse farm near Stayner up for sale last summer for $1.25 million.

Then a wind developer sent out notices of its plans to put up big wind turbines on a neighbouring farm.

To see the most recent list of turbines installed in or proposed for Ontario (Canada), click this link:

All are as big or larger than Toronto’s Ex Place turbine. 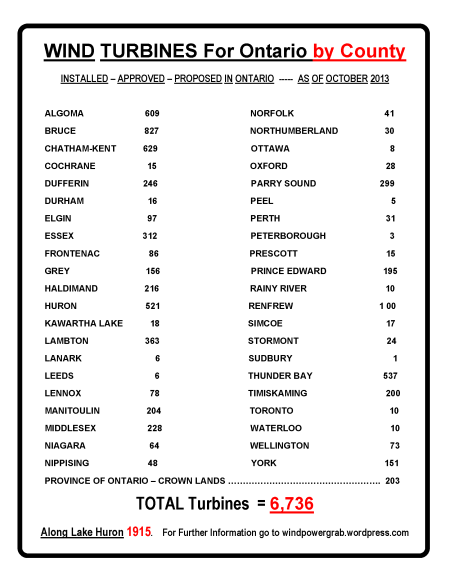 Please leave a comment if you notice any errors or omissions.

A larger version of this map can be found under Bruce County on the right. 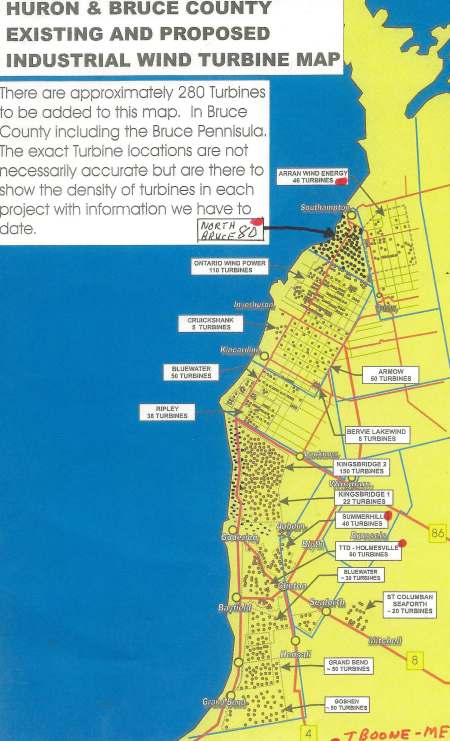 More maps can be found here: