June 30th is the last day for a policy that was actually effective in reducing carbon emissions:

The federal government’s decision to eliminate the public transit tax credit (PTTC) in its latest budget will cost the Toronto Transit Commission millions of rides, and dollars, the agency’s CEO says…

… Byford estimates that the end of the credit will result in 2.5 million fewer rides and a loss of $5 million in [the 2nd half of] 2017 [emphasis added]

That works out to 5 million fewer rides per year in Toronto alone.

Note that 90% of Ontario’s electricity came from non-carbon sources in 2014, with only 10% from Gas/Oil according to this IESO graphic: 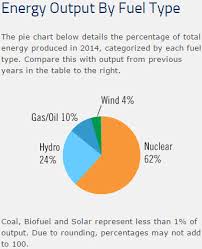 This entry was posted on Wednesday, June 28th, 2017 at 8:10 pm and is filed under Reblogged. You can follow any responses to this entry through the RSS 2.0 feed. You can leave a response, or trackback from your own site.